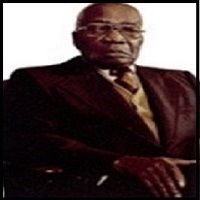 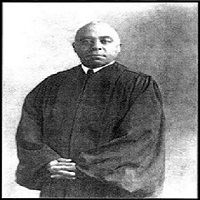 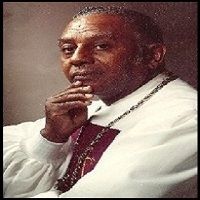 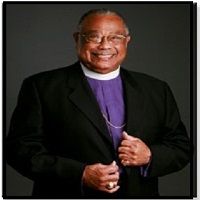 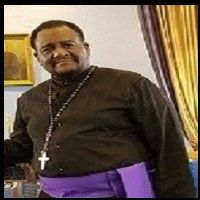 It was here that God gave the gift of music to the Pastor's twins, Randolph and Rudolph. The 12-year-old boys played the piano so fervently, that people came from all around to see and hear the twins play. The Lord blessed and the church grew rapidly. On Sunday nights, the children had to give up their seats and go into the kitchen for order for the visitors to be seated.

Rev. Randolph Johnson continued to sustain daily with prayer, supplication and thanksgiving.  When Rev. Johnson became Pastor in 1967, he had a vision of new church building. He started a fundraising campaign to rehabilitate the existing building. The various clubs within the church sold dinners, gave bus rides, sponsored international dinners, prayer breakfasts and teas to raise money.

The ministry here has been founded and secured by prayer with prayer warriors such as Mother A. Simpkins, Mother Agnes L. Johnson, Mother M. Parrish, Mother Edna Smith and others. One of the most memorable miracles here was how God intervened for one our members, the late Mother Connie Bryant, who had been pronounced dead at the Jersey City Medical Center. Sis Bryant had five small children. The oldest was Elder, who was about 13 years old, came running to find the Pastor. Pastor and Sis Johnson came to the hospital to find Sis Bryant ready for the morgue. They offered a prayer to God and God brought Sis Bryant back and added 51 more years to her life.  "What a mighty God we serve".

There was a man sent from God whose name was Cainan W. Johnson.   The year was 1928; Elder Cainan W Johnson and his wife Sis Agnes L. Johnson with their six children, Ruth, Randolph, Rudolph, Reginald, Runette and Rachel, came to 54 Harrison Avenue, Jersey City, N.J., to do the work for the Lord.

The Church had already been established by Bishop Clemmons, Sr. of the First Church of God in Christ, New York City had been its former Pastor.  Upon arrival at 54 Harrison, they met the Jefferson's. Sis. Timey Jefferson and her family were there as well as Deacon Gary, Deacon and Mother Millhouse, Deacon Saunders and others. Pounds were instituted at 54 Harrison. The saints bought pounds of sugar, potatoes, flour, etc., to help support the pastor and his family.